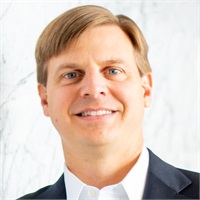 Standish Fortin has over 20 years of experience in the Financial Management Industry, with firms such as PaineWebber, Quick & Reilly, UBS and Great American Advisors.

Mr. Fortin is a graduate of the University of Cincinnati Business School with a major in Investments and a focus in Real Estate and Philosophy.  While attending the University, he lettered for the school playing on the Men’s Varsity Tennis Team, became a member of the Sigma Chi fraternity, and volunteered with both the UC Earth Company and UC Mountaineering Club.

Mr. Fortin has participated in both the Transportation and Wind Energy Technology working groups for the Ohio Department of Development. He has served as a Board member for organizations such as All Aboard Ohio, Ohio Sierra Club, the Greater Cincinnati Earth Coalition and Rugby Ohio; where he also served as Director. He is a graduate of the City of Cincinnati Citizens Police Academy, member of the Ohio Township Association, and is the founder of the Sycamore Township Civic Association. Standish is still active in the rugby community. After hanging up the boots, he gives back to the game by volunteering as an administrator, coach, referee and teaching the game of rugby to Cincinnati kids at after school programs.

Standish is married to Sarah Fortin and they have three children – Gretchen, Brude, and Ingrid.